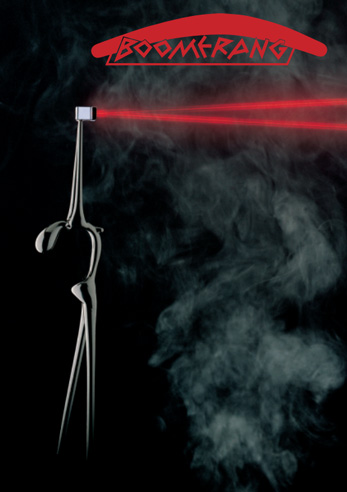 The Boomerang Line of detectors is made up of modulated optical line detectors as defined by the Europe standard EN 54/12. The detector is made up a Transmitter and Receiver unit in a single housing. This device is associated with a control unit and a power supply unit. The detector works by the ’Transmitter unit emitting two infrared beams that cross the environment under surveillance to hit the “Reflex” reflection unit. The reflection unit, consisting of a prism in a special housing or a Retroreflector, depending on the model, reflects the IR signal received back across the room to the receiver unit. The receiver unit demodulates from the signal received the presence of any smoke and/or fire that may be present in the environment when it cuts the radiation emitted by the Transmitter unit.
As regards the distance covered by the Boomerang model, there are two main models: the 5P70 and the 6P150, where the number indicate the distance covered.-This model too must be calibrated and checked with UTA and ADM instruments.

As with the ARDEA model, depending on the ability to detect primarily smoke or fire the models can be further divided into the following:

BS70 / BSF70
The reflection system detector is suited for spaces where the requirement of system simplicity dictates that power cables do not have to be run to two different points: i.e. the Transmitter unit and the Receiver unit ( TX and Rx units). Power can be provided only to one point (the TRX) with this system, since the opposite reflecting unit is passive (the Retroreflector). The types installed are those shown for Ardea. To the above characteristics can be added, in the case of the SF model, the ability to detect the beginnings of a fire using the same technology as that employed by the Ardea SF.

BS150 / BSF150
This is the only reflection system detector with an operating distance that is practically the same as that of Transmitter – Receiver system. What is original about the S-SF model is that its reflecting body is a prism that permits calibration even under the worst operational conditions, while assuring constant detection even with misalignment up to as much as two degrees. Other advantages of the SF model include being able to detect the beginnings of a fire using the same technology as that employed by the Ardea SF.

Both models, in the four version, require an interface (INT8C) for their connection with the control and indicating equipments. 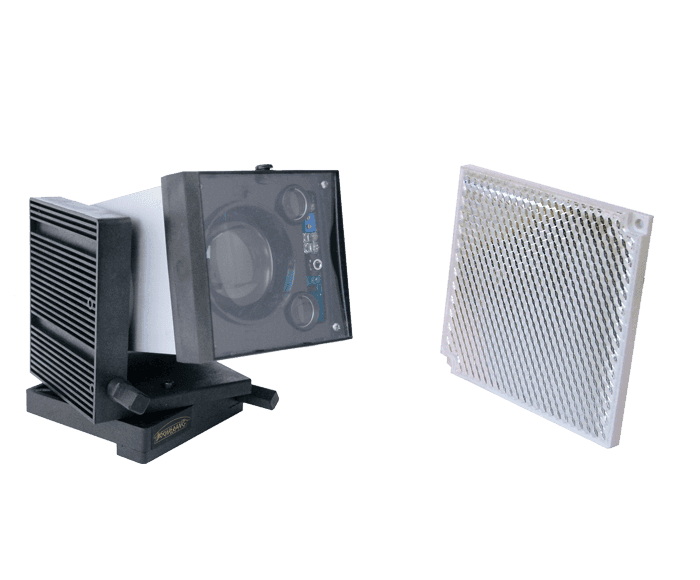 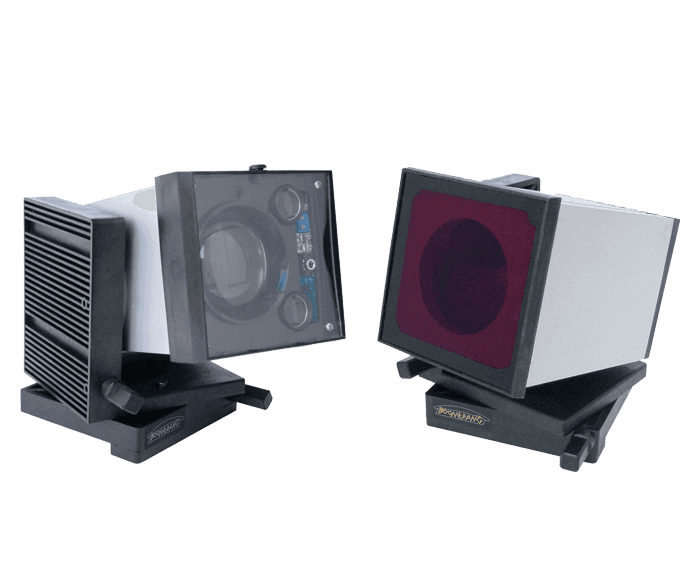